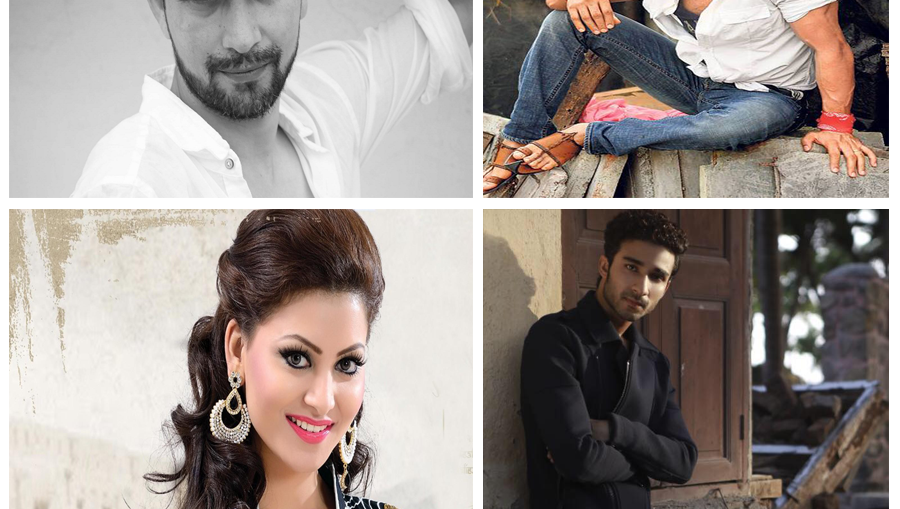 Deepak Dobriyal was born on 1 September 1975 in Pauri, Garhwal district, Uttarakhand. His parents belongs to Kabra village near Rithakhal and Satpuli village, Pauri Garhwal in Uttarakhand state. Later his family shifted to Delhi when he was 5 years. There Deepak has completed his schooling from Govt. Boys Senior Secondary School Begumpur. Deepak Dobriyal is an Indian film actor, who is best known for his performance in Bollywood film industry. He was seen in several hit films, which includes Sooper Se Ooper, Chor Chor Super Chor, Dabangg 2,Daayen Ya Baayen and many more. He was seen in the superhit flick Tanu Weds Manu returns, for which he has own “The Most Entertaining Actor in a Comedy Role”. Deepak was last seen in Salman Khan’s & farhan akhtar movie Prem Ratan Dhan Payo. & Lucknow Central (2017)

Deepak Dobriyal has started his acting career in 1994 with eminent Theatre director Arvind Gaur. Some of his plays with Arvind Gaur were Tughlaq, Andha Yug ,Final Solutions, Desire Under the Elms, Rakt Kalyan, Court Martial, Dario Fo’s Operation Three Star, The Caucasian Chalk Circle, The Good Person of Szechwan and many more. He made his film debut with the 2003 film Maqbool.

Urvashi Rautela is a very popular actress in Bollywood industry. She was born in Kotdwara, Uttrakhand, India. Urvashi Rautela did her school studies from there and preparing for IIT exams. She got acquired in Bollywood with her first debut movie ‘Singh Saab the Great’. This movie helps to establish her career in Bollywood. She has done many Punjabi and Hindi songs as a model. She won the ‘Miss Asian Supermodel 2011’ in South Korea. She also won the ‘Miss Tourism Queen of The Year’ in 2011 in China. She has won the several awards for her beauty.

I m a small town boy from Pithoragarh, i never thought that whatever i have achieved Acting career ईश्वर ने जो दिया है ‘में खुश हूँ (Hemant Pandey) Hemant Pandey is one of the most talented Indian film, theater and television actors, most known for his role as Pandeyji in TV series, Office Office. A few of his accomplishments are ‘Bandit Queen(movie)’, ‘Krrish(movie)’, Milenge Milenge (movie), 2 Nights in Soul Valley(movie) etc. TV Career On television office office (TV show) and Mrs. Malinee Iyer (TV show) are his best contributions. He presently working as a character name ‘Ghasita’ on Imagine TV’s ‘Neer Bhare Tere Naina Devi’. In which Ghasita is a common villager and like many in his village, he too is burdened by poverty. Being the sole bread-winner of the family, he does not think twice the moment he gets a chance to become rich even at the cost of his daughter Laxmi being exploited. He fools the villagers by projecting his daughter as a Devi and pockets the money he earns in the name of God. As the wealth starts pouring in, his stature in the village and his lifestyle changes. He starts believing that he is now the most powerful man of the village eventually becoming cunning, shrewd and greedy.Best actor award – lake city international film festival for the film A Daughters Dream directed by Manto Pashupatinath Kumauni Film #Gopi Bhina,& Badri- the cloud

Neha kakkar was born on 6 june 1988. Neha kakkar was born on 6 june 1988 at Rishikesh, Uttrakhand, India. She belongs to a middle class family. Neha Kakkar father name is Rishikesh Kakkar who working in a private firm and mother name is Niti Kakkar she is a housewife. She has a sister who names is Sonu Kakkar and brother name is Tony Kakkar both is a great singers. She is a playback singer in india . neha kakkar was nominated in reality show Indian ideal season 2 in 2006. Neha launched her first album in 2008 who names Neha The Rocks composed by the Meet Brothers. She other worked as a singer in these songs sunny sunny , manali trance, aao raja with the help of honey singh , dhating naach , landon thumakda and hanju with singer meiyang chang. Neha kakkar is a great playback singer her voice is too heart touching. Mostly people likes her songs because she sing the song heartedly. Neha kakkar is very talented girl as she also a great dancer and actress her fans and followers giving a title of rockstar and Indian shakira. Neha kakkar won the hearts of her fans with her heart touching songs and great dancing on the stage. And the same side she also participated in “Comedy Circus Ke Taansen” on sony t.v. saregamapa little champs on Zee TV. Neha favorite actor is Shahrukh Khan.

Raghav Juyal was born on 10 July 1991 in Dehradun, India. He is the son of advocate Deepak Juyal & Mrs. Alka Bakshi Juyal. Raghav is presently living in Mumbai and he belongs to Dehradun, Uttarakhand, he basically belongs to gram khetu, uttarakhand. Raghav Juyal (born 10 July 1991) is an Indian dancer,choreographer and actor.His other name Crockroaxz. He is renowned as the King of Slow Motion for his surreal dance moves in slow motion style and for his flawless reinvention of the Slow Motion Walk. His stage name Crockroaxz best describes his dancing style which is an amalgamation of being powerful like a crocodile and creepy like a cockroach. He is a greatly charming anchor[2] Raghav has become a youth icon inspiring dancers, who gleefully imitate his trademark moves and dance style, popularly known as Crock-style which means the mixing of Crocodile and Cockroach. king of slow motion. That young dancer is the moat admired dancer, choreographer, and anchor of today’s television industry.He played a pivotal role in a Bollywood movie Sonali Cable produced by Ramesh Sippy Entertainment which was released on 18 October 2014. The critics singled out Raghav’s vivacious performance and praised his screen presence. He also worked in the film ABCD 2 which was released on 19 June 2015, directed by Remo D’Souza co-starring Varun Dhawan and Shraddha Kapoor.Raghav hosting the show Dance Plus on Star Plus. he is participating in stunt based famous Indian Television show Khatron Ke Khiladi season 7 .Currently he is hosting the show Rising Star on Colors tv Dance Plus Season 2 & Dance Champions on StarPlus Tv

Nirmal Pandey was born in 1962 in Nainital, Uttarakhand, India. Nirmal Pandey was an Bollywood actor, who was known for his famous role ‘Vikram Mallah’ in Shekhar Kapur’s Bandit Queen (1994), for portrayal of a transvestite in Daayraa (1996) for which he won a Best Actor Valenti award in France, Train To Pakistan (1998) and Godmother (1999). After leaving the National School of Drama he moved to London, with a theatre group, Tara, performing plays like Heer Ranjha, Antigone, and has acted in around 125 plays. After doing two small roles, he first got noticed in Shekhar Kapur’s Bandit Queen (1996), thereafter he received positive reviews for films like, Amol Palekar’s Daayra (Square Circle) (1996), Train To Pakistan (1998), Is Raat Ki Subah Nahin and Hum Tum Pe Marte Hain. He also acted in movies like Laila, ‘Pyaar Kiya Toh Darna Kya’, ‘One 2 ka 4’ and ‘Shikari’ and acted in several television serials, including Hatim, and Princess Dollie Aur Uska Magic Bag (2005) (Star Plus). He is known for his work on Bandit Queen (1994), One 2 Ka 4 (2001) and Godmother (1999). He died on February 18, 2010 in Andheri, Mumbai, Maharashtra, India.A male actor who holds a unique record for winning a best ‘actress’ award for his portrayal of a transvestite in Daayraa (1996). He shared the Best Actress award with the female lead of the film Sonali Kulkarni at the Valenciennes Film Festival (France, 1997). He died at the age of 48 on 5 February 2010 from a heart attack in Mumbai.

Udita Goswami, the beauty from Uttarakhand in Bollywood Film Industry was educated in Dehradun, capital of the Indian state of Uttarakhand, nestled in the foothills of the Himalayas. She did her schooling from D.A.V.Public school. Udita Goswami, full name Virgoan Udita Goswami is a well known Indian actress who works in various Bollywood movies. The stunningly gorgeous Udita Goswami has served Hindi Cinema with quite notable movies such as Paap, Aksar, Zehar, Kisse Pyar karoon, Aggar, Chase etc. She played a lead character in Diary of Butterfly. Voluptuous, normal height, and sexy to boot- Udita Goswami ranked amongst the “top 100 Beautiful Women”.

Sudhanshu Pandey is an Indian model and Bollywood actor. He was born and raised in Uttar Pradesh. After a career in fashion modeling, he debuted in Bollywood in 2000 with the movie Khiladi 420. He was part of Band of Boys which split after a few years. He was seen in Chakravartin Ashoka Samrat, 24 Season 2 and Star Plus’ show Tamanna. Sudhanshu Pandey was born on August 22, 1974 at Lucknow Uttar Pradesh. He did his education in Nainital and Kumaon. Being an athlete, he has also played badminton at the state-level.Sudhanshu started his career with fashion modeling. In 2000 he made his Bollywood debut with movie Khiladi 420. After that he has done many Bollywood movies with different roles. He has also woked in various TV shows like Jhansi Ki Rani, Shobha Somnath Ki, Yeh Meri Life Hai, Akela, Monica Mogre Case Files, Dishayen, Rishtey, Kanyadaan, Tarla Dalal, Veera, CID Special Bureau etc. He has done some music videos like the famous Pankaj Udhas song titled ‘Maikhane’ and a song for a Colonial Cousins album too.Sudhanshu Pandey has played the role of Keechak in Chakravartin Ashok Samrat which airs on Colors

Prasoon Joshi spent his earliest years in Almora, in north Indian state of Uttarakhand (then part of Uttar Pradesh). His father, D.K. Joshi, served as a PCS officer with the Civil Service of the state government and later became the additional director of the state’s Education Service. These early years all across the northern India – and spending time in places like Almora, Nainital (where his extended family and relatives still live), Tehri, Chamoli Gopeshwar, and later Rampur, Meerut and Dehradun

Prasoon Joshi, (born 1971) is an Indian advertising professional, Bollywood film lyricist and a dialogue and screenwriter who won Filmfare Best Lyricist Award, consecutively in 2007 and 2008.

He started his career with Ogilvy & Mather (O&M) Delhi, and after working there for over 10 years, he joined McCann-Erickson, in early 2002. By 2006, he was Regional creative director, South and South East Asia, when in December 2006 he was elevated to Executive Chairman for McCann-Erickson South and South East Asia. He made his debut as film lyricist with Rajkumar Santoshi’s Lajja, which soon led to Yash Chopra’s Hum Tum and a string of popular Bollywood films, Fanaa, Rang De Basanti, Taare Zameen Par, Black, Hum Tum and Delhi 6. With Rang De Basanti (2006), he also became a dialogue writer. Prasoon has also created many advertisements like NDTV India (“Sach dikhate hain hum”), Saffola (“Abhi to main jawan hoon”) LG, Marico, Perfetti (Alpenliebe, Chloromint), and the paanch rupaiya campaigns for Coke with Aamir Khan, because of which he has earned the title of “the ad Guru of India”. In 2006, he was chosen a ‘Young Global Leader 2006’ by the Forum of Young Global Leaders, an affiliate of the World Economic Forum, and in 2007, he appeared as judge of reality singing competition Dhoom Macha De on NDTV Imagine. In 2009, he was named amongst the 10-member Cannes Titanium & Integrated Jury 2009 at the Cannes Lions International Advertising Festival 2009. 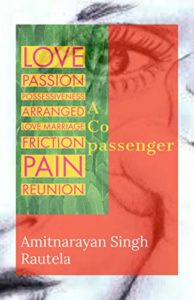 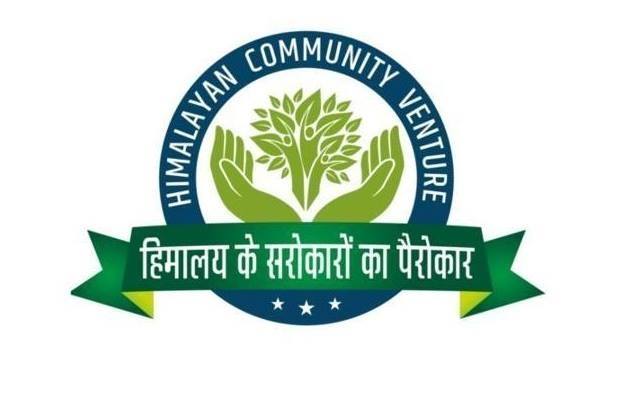